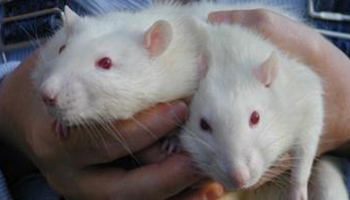 Under some circumstances it is possible to rehome laboratory animals, as an alternative to humane killing or reuse. Rehoming is permissible under many laws that regulate animal use, including European Directive 2010/63/EU, with provisos to ensure that being rehomed is in each animal¿s best interests. It is usually necessary to set out the criteria and protocol for rehoming (or release - see below) at the project planning stage.

Establishments wishing to rehome animals should have a carefully thought out rehoming programme to make sure that animals:

Some facilities rehome a range of species, including dogs, rabbits and rodents. These are often ex-breeding animals, surplus animals, or animals brought in for use in an experiment which hasn¿t ultimately gone ahead. Animals are also occasionally rehomed following use in certain procedures. Finding such animals suitable homes is viewed as a positive outcome, not only for the animals but also for the staff, as humanely killing healthy animals can cause distress to those who have cared for them.

The main elements of suitable rehoming programmes have been set out for rehoming of labratory dogs (PDF 200KB) and primates, but similar principles apply for all species.

It is also sometimes possible to release wild animals to their natural habitat, or to a sanctuary, private collection or zoo, following procedures. The above provisos relating to each animal¿s health, potential to suffer and best interests apply equally to wild animals. If animals are released, it is also essential to ensure that they are physiologically fit enough to live a normal life in the wild, capable of foraging and feeding and have not learned any potentially harmful behaviours such as inappropriate responses to predators. Environmental, veterinary, animal health or welfare legislation may apply when releasing animals, which should be researched and complied with in each case.