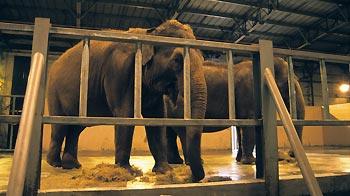 Handle with Care: A look at the exotic animal pet trade (2004) (PDF 990KB)
The number of non-domestic animals sold and kept as pets in the UK is increasing - bringing with it welfare concerns in terms of trade in and care of these animals.  We look at the level of care that non-domestic animals receive, the quality of husbandry information given out by pet shops and how vets are dealing with non-domestics that they see.

Far from Home: Reptiles that suffer and die in captivity (2002) (PDF 536KB)
This is the summary of a report commissioned by the RSPCA to look into the welfare issues surrounding pet reptiles.  We outline how incorrect care can lead to welfare problems and even death, highlight species that are at particular risk and also explain what we would like to see in terms of legal change.

Live Hard, Die Young: How elephants suffer in zoos (2006) (PDF 3.02MB)
An RSPCA report on the welfare of elephants in European zoos, using the results of the study below.  We review the key issues uncovered by the study and make recommendations to stop elephants being imported into Europe, stop breeding, phase out keeping in European zoos, and for zoos to refocus their resources on protecting these animals in the wild.

A review of the welfare of zoo elephants in Europe (2002) (PDF 1.33MB)
The results of RSPCA-commissioned research into zoo elephant welfare throughout Europe.  It contains a review of available data and also a series of evidence-based recommendations to improve the welfare of these animals.

It's time Parliament changed its Act: An examination of the state of UK circuses with wild animals (2006) (PDF 1.25MB)
This gives an overview of the use of wild animals in circuses in the UK.  Together with Born Free Foundation, we look at opinions towards the practice, legal considerations as well as circus animal welfare in terms of animals used and what they have to do.  We also make recommendations on how to improve the welfare of these animals.