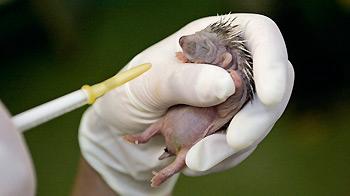 A large proportion of our work involves underpinning the RSPCA's wildlife work. For example,

But we work externally as well.

This is a very important part of our job. Much of what we do involves sitting on government committees arguing our case, producing submissions to consultations, discussions with civil servants, and providing input wherever else required.

Often the results are more evolutionary than revolutionary - for example, a proposal is modified, a Bill amended or a government Code of Practice altered, although we've had some high profile successes too.  In this process we act as a brake on those who want to kill or use animals and help steer processes in a more animal welfare friendly direction.

Our scientists are members of various external committees, including:

Some of the high profile meetings we attended recently:

We responded to a number of consulations in 2010, including:

As a result of our input, we've had some notable successes.  For example:

Print What we do